The field of weight loss is like the ancient fable about the blind men and the elephant. Each man investigates a different part of the animal and reports back, only to discover their findings are bafflingly incompatible.

A. The various findings by public-health experts, physicians, psychologists, geneticists, molecular biologists, and nutritionists are about as similar as an elephant’s tusk is to its tail Some say obesity is largely predetermined by our genes and biology; others attribute it to an overabundance of fries, soda, and screen-sucking; still others think we’re fat because of viral infection, insulin, or the metabolic conditions we encountered in the womb. “Everyone subscribes to their own little theory,” says Robert Berkowitz, medical director of the Center for Weight and Eating Disorders at the University of Pennsylvania School of Medicine.

We’re programmed to hang onto the fat we have, and some people are predisposed to create and carry more fat than others. Diet and exercise help, but in the end the solution will inevitably be more complicated than pushing away the plate and going for a walk. “It’s not as simple as ‘You’re fat because you’re lazy,'” says Nikhil Dhurandhar, an associate professor at Pennington Biomedical Research Center in Baton Rouge. “Willpower is not a prerogative of thin people. It’s distributed equally.”

B. Science may still be years away from giving US a miracle formula for fatloss. hormone leptin is a crucial player in the brain’s weight-management circuitry Some people produce too little leptin; others become desensitized to it. And when obese people lose weight, their leptin levels plummet along with their metabolism. The body becomes more efficient at using fuel and conserving fat, which makes it tough to keep the weight off.

Obese dieters’ bodies go into a state of chronic hunger, a feeling Rudolph Leibel, an obesity researcher at Columbia University, compares to thirst. “Some people might be able to tolerate chronic thirst, but the majority couldn’t stand it,” says Leibel “Is that a behavioral problem—a lack of willpower? I don’t think so.”

C. The government has tong espoused moderate daily exercise—of the evening-walk or take-the-stairs variety—but that may not do much to budge the needle on the scale. A 150-pound person burns only 150 calories on a half-hour walk, the equivalent of two apples. It’s good for the heart, less so for the gut “Radical changes are necessary,” says Deirdre Barrett, a psychologist at Harvard Medical School and author of Waistland “People don’t lose weight by choosing the small fries or taking a little walk every other day.”

Barrett suggests taking a cue from the members of the National Weight Control Registry (NWCR), a self-selected group of more than 5,000 successful weight-losers who have shed an average of 66 pounds and kept it off 5.5 years. Some registry members lost weight using tow-carb diets; some went low-fat; others eliminated refined foods. Some did it on their own; others relied on counseling.

That said, not everyone can lose 66 pounds and not everyone needs to. The goal shouldn’t be getting thin, but getting healthy. It’s enough to whittle your weight down to the tow end of your set range, says Jeffrey Friedman, a geneticist at Rockefeller University. Losing even 10 pounds vastly decreases your risk of diabetes, heart disease, and high blood pressure. The point is to not give up just because you don’t took like a swimsuit model.

D. The negotiation between your genes and the environment begins on day one. Your optimal weight, writ by genes, appears to get edited early on by conditions even before birth, inside the womb. If a woman has high blood-sugar levels while she’s pregnant, her children are more likely to be overweight or obese, according to a study of almost 10,000 mother-child pairs. Maternal diabetes may influence a child’s obesity risk through a process called metabolic imprinting, says Teresa Hillier, an endocrinologist with Kaiser Permanente’s Center for Health Research and the study’s lead author.

The implication is clear: Weight may be established very early on, and obesity largely passed from mother to child Numerous studies in both animals and humans have shown that a mother’s obesity directly increases her child’s risk for weight gain. The best advice for moms-to-be: Get fit before you get pregnant. You’ll reduce your risk of complications during pregnancy and increase your chances of having a normalweight child

E. It’s the $64,000 question: Which diets work? It got people wondering: Isn’t there a better way to diet? A study seemed to offer an answer. The paper compared two groups of adults: those who, after eating, secreted high levels of insulin, a hormone that sweeps blood sugar out of the bloodstream and promotes its storage as fat, and those who secreted less. Within each group, half were put on a tow-fat diet and half on a tow-glycemic-toad diet.

On average, the tow-insulin-secreting group fared the same on both diets, losing nearly 10 pounds in the first six months — but they gained about half of it back by the end of the 18-month study. The high-insulin group didn’t do as well on the tow-fat plan, losing about 4.5 pounds, and gaining back more than half by the end But the most successful were the high insulin-secretors on the low-glycemic-toad diet. They lost nearly 13 pounds and kept it off.

F. What if your fat is caused not by diet or genes, but by germs—say, a virus? It sounds like a sci-fi horror movie, but research suggests some dimension of the obesity epidemic may be attributable to infection by common viruses, says Dhurandhar. The idea of “infectobesity” came to him 20 years ago when he was a young doctor treating obesity in Bombay. He discovered that a local avian virus, SMAM-1, caused chickens to die, sickened with organ damage but also, strangely, with tots of abdominal fat. In experiments, Dhurandhar found that SMAM-l-infected chickens became obese on the same diet as uninfected ones, which stayed svelte.

G. He later moved to the U.S. and onto a bona fide human virus, adenovirus 36 (AD-36). In the lab, every species of animal Dhurandhar infected with the virus became obese—chickens got fat, mice got fat, even rhesus monkeys at the zoo that picked up the virus from the environment suddenly gained 15 percent of their body weight upon exposure. In his latest studies, Dhurandhar has isolated a gene that, when blocked from expressing itself, seems to turn off the virus’s fattening power.

Stem cells extracted from fat cells and then exposed to AD-36 reliably blossom into fat cells but when stem cells are exposed to an AD-36 virus with the key gene inhibited, the stems cells don’t differentiate. The gene appears to be necessary and sufficient to trigger AD-36-related obesity, and the goal is to use the research to create a sort of obesity vaccine. Researchers have discovered 10 microbes so far that trigger obesity—seven of them viruses.

It may be a long shot, but for people struggling desperately to be thin, even the possibility of an alternative cause of obesity offers some solace. “They feel better knowing there may be something beyond them that could be responsible,” says Dhurandhar. “The thought that there could be something besides what they’ve heard all their lives that they are greedy and lazy— helps.”

NB You may use any letter more than once.
14 evaluation on the effect of weight loss on different kind of diets
15 an example of research which include relatives of participants
16 Example of a group of people who never regain weight immediately after.
17 tong term hunger may appear to be acceptable to most of the participants while losing weight
18 a continuous experiment may bad to a practical application besides diet or hereditary resort.

Questions 19-23
Look at the following researchers and the list of findings below. Match each researcher with the correct finding.
Write the correct letter in boxes 19-23 on your answer sheet.

19 A person’s weight is predetermined to a set point by the DNA.
20 Pregnant mother who are overweight may risk their fetus
21 The aim of losing Wright should be keeping healthy rather than attractiveness
22 mall changes in lifestyle will not have great impact on reducing much weight
23 Researchers should be divided into different groups with their own point of view about weight loss.

Questions 24-27
Complete the summery below.
Choose NO MORE THAN ONE WORD from the passage for each answer.
Write your answers in boxes 24-27 on your answer sheet.
In Bombay Clinic, a young doctor who came up with the concept ‘infect obesity’ believed that the obesity is caused by a kind of virus, Years of experiment that he conducted on 24……………………… Later he moved to America and tested on a new virus named 25 ……………………… which proved to be a significant breakthrough. Although there seems no way to eliminate the virus, a kind of 26 ………………………can be separated as to block the expressing power of the virus. The doctor future is aiming at developing a new 27 ………………………to effectively combating the virus. 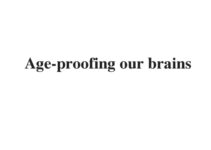 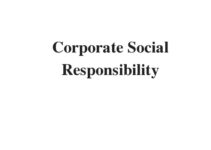